For more than 90 years, LPU has offered high quality Christian education for learners who desire life-long learning and equipping that is centered in the Word of God and empowered by the life-giving testimony of Jesus Christ.

Overview • Beginnings • History of Our Leaders

Though it began as a two-year institute, today Life Pacific University is a four-year regionally and nationally accredited Bible college affiliated with The Foursquare Church and committed to an enduring Pentecostal mission. For more than 90 years, LPU has offered high quality Christian education for learners who desire life-long learning and equipping that is centered in the Word of God and empowered by the life-giving testimony of Jesus Christ. This message dates back to the founding of the college:

“The purpose of the Institute is two-fold: the preparation of Evangelists and Missionaries for the field; and a thorough Bible instruction for those not expecting to enter the field, but desiring knowledge of the Word of God. Its purpose is to fit men and women to be practical winners of souls, able to cope with the most difficult situations and to come out more than conquerors by the power of the Holy Spirit; to give a thorough understanding of the Foursquare Gospel and the knowledge of how to impart it to others.” (Aimee Semple McPherson, 1926 Carry On Annual, p. 18).

Life Pacific University’s (LPU) historic and continuing mission is the preparation and education of leaders entering ministry, including pastoral, missional, bi-vocational, non-traditional, and marketplace ministry. Our sponsoring denomination, The Foursquare Church, has experienced remarkable worldwide growth through its existence, with LPU playing an important role in its development. There are now about 8.5 million Foursquare members in 147 countries, meeting in 64,000 churches. As a contemporary and progressive Bible college, LPU supports the education and development of men and women in the Body of Christ in the church and marketplace. The college seeks to improve the provision of workers/graduates to ministry fields relevant to the 21st century church, through programs in areas of transformational and pastoral ministry, strategic leadership, biblical studies, worship arts & media, human development & psychology, business administration (business as mission), communication, and general studies. Additionally, the college partners with LPU-Ignite in Virginia, offering a discipleship-immersion program culminating in LPU’s A.A. in General Studies degree.

The roots of Life Pacific University are undeniably intertwined with the founding of Angelus Temple and the beginnings of The Foursquare Church. In 1921, famed evangelist Aimee Semple McPherson traveled cross-country to southern California by automobile and established a large, vibrant and fast-growing evangelistic center in Los Angeles. Mrs. McPherson and the congregation’s leaders soon realized the need for permanent facilities, and consequently Angelus Temple, The Foursquare Church’s first place of assembly, opened in Los Angeles on January 1, 1923. Just five weeks later, about one hundred ministerial students enrolled in classes at the Echo Park Evangelistic and Missionary Training Institute. The institute’s enrollment quickly grew, with plans laid to construct a new education facility. In 1926 the institute moved to the newly constructed five-story complex next door to Angelus Temple. Following a short period operating as the International Institute of Foursquare Evangelism (IIFE), the institution was renamed L.I.F.E. (Lighthouse of International Foursquare Evangelism) to better represent its overarching objectives. L.I.F.E. was quickly transitioning to college status and graduated its first class in April 1925.

Establishing “Carry On!” as its slogan and yearbook name, the college positioned itself to better serve the now-stabilizing Foursquare congregations of the 1930s by expanding to a three-year diploma program. In the 1940s, the college added a four-year program, culminating in the development of the Bachelor of Theology and Bachelor of Religious Education degree programs in the 1950s. For several years in the late 40s and early 50s, the college offered a fifth-year Doctor of Theology program. Traveling music and choral groups had been in place almost since the founding of L.I.F.E. In 1950, intercollegiate sports—including basketball and baseball—commenced. The Bachelor of Arts degree program replaced the Bachelor of Theology (considered at the time to be a five-year program) in the 1960s.

In the 70s, L.I.F.E. began to consider the need to relocate. After receiving a multi-million-dollar gift earmarked for moving the campus, the college investigated a number of sites in Southern California, finally settling on a property in San Dimas, CA. Construction began in 1989.

L.I.F.E. moved to the new San Dimas campus in 1990. This campus remains the current home of the college.

Further development of the campus since 1990 includes the addition of three more residence halls and extensive landscaping. The Roy Hicks, Jr. student center and Ronald Mehl Court gymnasium opened in 2003.

History of Our Leaders

Founder Aimee Semple McPherson served as the first president. McPherson opened the Institute for International Foursquare Evangelism in 1923 desiring to prepare men and women for the church’s growing need for missionaries, evangelists, as well as others who might be “not expecting to enter the field” but desired a strong education in the Bible.

Upon her death, Aimee’s son Rolf K. McPherson succeeded to the presidency in 1944, serving as the 2nd president for nearly 30 years, the longest presidential tenure at L.I.F.E., (serving concurrently as president of the church, as did his mother). Several “deans of the college” provided day-to-day leadership through the years, including Dr. William Black as the first dean of L.I.F.E. in its early years. Rev. Harriet Jordan served capably as college dean until 1937, she was succeeded by noted Foursquare pastor Watson B. Teaford. When Teaford assumed the pastorate of Angelus Temple, Dr. Clarence E. Hall, then chief executive of Foursquare’s Canadian Bible college, was appointed and served for twenty years.

In 1973, the college began the transition to an on-site chief executive officer. Dr. Donald McGregor was appointed as L.I.F.E.’s first and only executive director. In 1976, longtime Foursquare scholar and historian Dr. Nathaniel M. Van Cleave was inaugurated as the college’s third president, with Dr. Rolf K. McPherson continuing in office as president of the Board of Trustees. Prominent pastor and author Jack W. Hayford, an alumnus and long-time supporter of the college, served as the fourth president (1977- 1982), during this time L.I.F.E. achieved ABHE (AABC) accreditation (1980). He was succeeded by fifth president Dr. Jack E. Hamilton (1982–1992), who at the time was president of the L.I.F.E. Alumni Association and a Foursquare senior pastor in Santa Maria, California. Under Dr. Hamilton’s able leadership, the college relocated to its present campus in San Dimas, California.

In 1992, following Dr. Hamilton, well-known pastor and author Ron Mehl served as sixth president of L.I.F.E. At that time, Dr. Dick Scott assumed the day-to-day operations role of executive vice president, then was inaugurated as LPU’s seventh president in 1994. Scott’s wide-ranging background and experience as a minister, linguist, missionary and administrator enabled his proficient leadership at the college. His interest and knowledge in computer technology and building improvements, led to the most sweeping changes in the college’s history since the construction of the original campus. During his presidency, the college pursued regional accreditation with WASC (Western Association of Schools and Colleges). With a new location, new dorms, leadership and accreditation, it seemed only fitting to change the name of the college. It was then, that L.I.F.E. Bible College became Life Pacific University.

Following Dick Scott’s departure in 2003, a presidential search was conducted culminating in the inauguration of Dr. Dan Stewart as eighth president. During Dr. Stewart’s able leadership, the college became debt free. In 2008, Dr. Stewart became a full time pastor, leaving a brief vacancy in the president’s office at LPU. During the selection process, Dr. Robert Flores began to serve the college in an interim capacity. November 2008 marked the conclusion of that interim status as the board confirmed Dr. Flores as the ninth president of Life Pacific University. Dr. Flores’ tenure was marked by renewed emphasis on developing and maintaining relationships with the pastors, churches, and leaders within the Foursquare denomination as well as with other denominations. Dr. Robert Flores resigned in December 2012 to re-enter pastoral ministry and Dr. Jim J. Adams was appointed as Interim President. 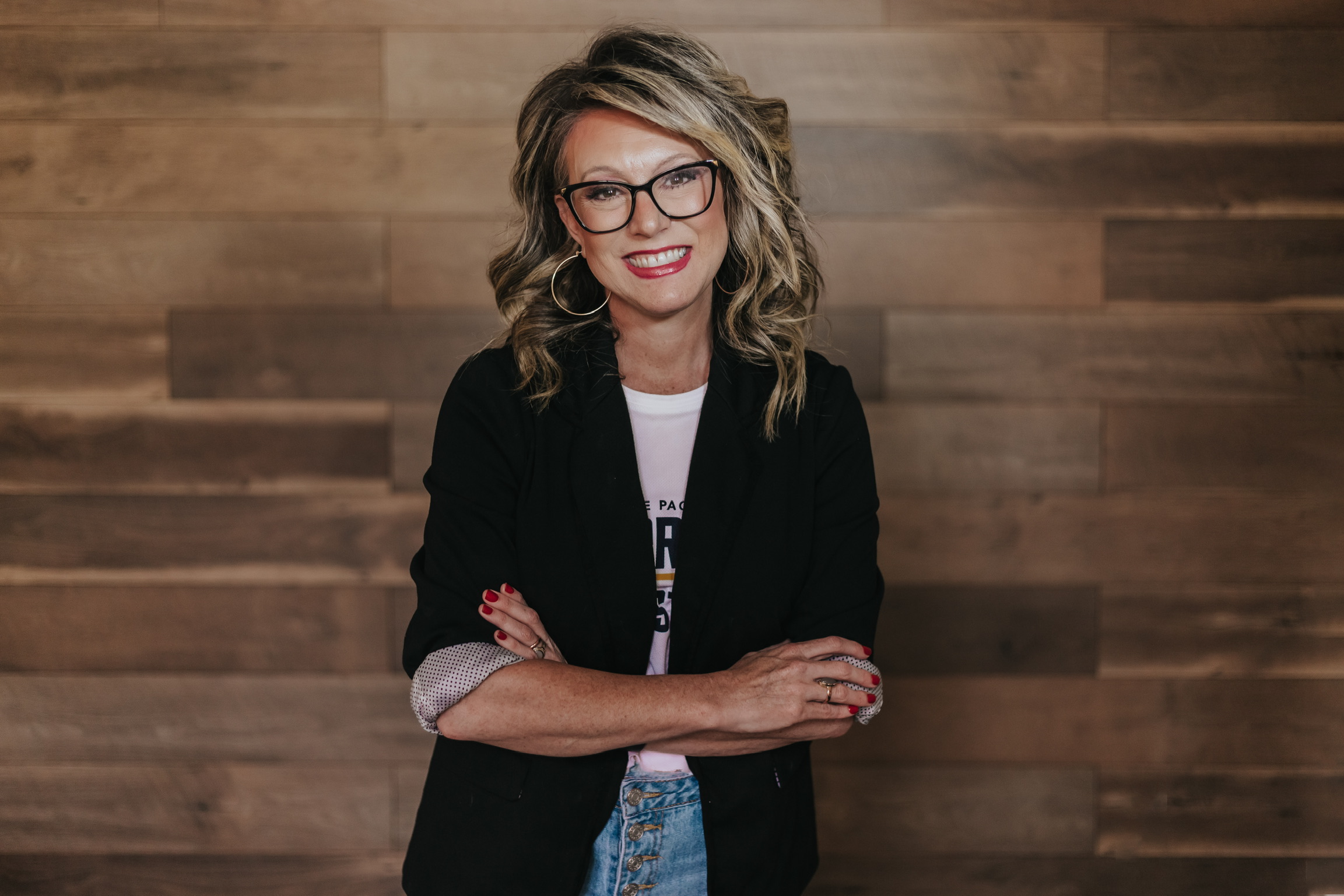 Furthermore, he is known for his exceptional collaborative leadership and personal qualities serving in his previous role as Executive Director for the Center of Global Learning & Engagement at Azusa Pacific University. He has published numerous articles on topics related to higher education and taught organizational management, research, ministry, and leadership. Following a national search Dr. Adams was elected by the trustees as the tenth President of LPU, and assumed office on July 1, 2013, with inauguration ceremonies on October 18, 2013. He holds a passion for ministry, embodies the spirit of our Foursquare family and is uniquely qualified to engage the educational opportunities that lie before us.

Following Dr. Jim J. Adams departure in 2019, Dr. Angie Richey, Ph.D. took over as Intermin President while she served as Vice President of Enrollment and Chief Communications Officer. A presidential search was conducted resulting in Angie Richey as eleventh president of Life Pacific University. Her inauguration is set for November 5th, 2019.

Ready to advance your education at Life Pacific?